Imperial College is a leading CIMA tutor in Colombo and Kandy with leading and award winning lecturers of Pravinth Rajaratnam and Gagendra Lyanarachchi. 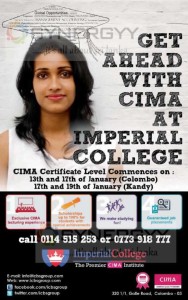